January 21 is SQUIRREL APPRECIATION DAY!! (Let them feel your love, if only for this one day.) 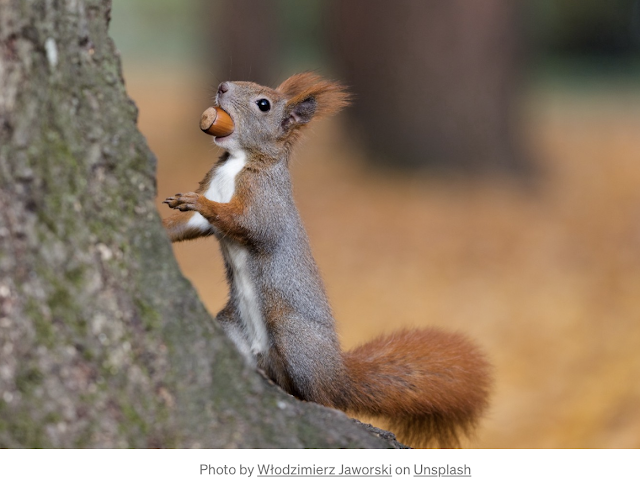 An Annual Celebration of Those Annoying Critters

On January 21 — every year — it’s a big celebration in our house. It’s National Squirrel Appreciation Day!

I’m thankful for many things, and my list runneth over, but I never thought squirrels would hover at the top. Christy Hargrove, a wildlife rehabilitator in North Carolina, founded National Squirrel Appreciation Day to make us aware that food sources were scarce for them in mid-winter.

And be they shades of gray, pale orange; deep reddish-brown or black; Ground, Tree, or Flying squirrels, on this particular day, we’ve got Hargrove’s blessing to honor them and make them feel as if they matter.

For background, these creatures are at it 24/7. As pure opportunists, squirrels will break into your attic any time. They’ll leave cracked acorns on your lawn when they think it looks too neat. Have overflowing bird feeder problems? Need an attic pilfered? Count on these ubiquitous rodents to show you a thing or two. Watch them skitter, hop, run, jump, and fly as they test their might and moxie, and your patience.

Here are a few important facts to help you embrace these critters that range in size from the five-inch African Pygmy Squirrel to the three-foot Indian Giant Squirrel:

1. They have four front teeth that grow continuously, at a rate of about six inches per year. (Charming.)

2. Their strength can rule the world. In 1987 and 1994, trading on the NASDAQ market was briefly shut down due to squirrels chewing through power lines. In 2012, more than 3,000 Northern Virginians lost power because one “curious” squirrel got into substation equipment and caused a transformer to blow.

3. A group of squirrels is called “scurry,” or a “drey.” Knowing this fact can be an excellent conversation breaker. (As in, “Hello. And Happy National Squirrel Appreciation Day! Do you know what they call a group of squirrels?”)

4. Most ground squirrels kiss when they see each other. Mouth-to-nose and mouth-to-mouth. (Ewwww.)

5. The brainy Rocket J. Squirrel (aka “Rocky the Flying Squirrel”), created in 1959 by cartoonist Jay Ward, is one of the world’s most famous of the Sciurus genus. He buds around with Bullwinkle the Moose.

6. Adjectives used to describe squirrels include “annoying,” “cute,” “scurrilous, “messy,” “entertaining,” “invasive,” “jittery,” “adorable.” (Do you have a favorite adjective for your favorite squirrel?)

7. They communicate by making shrill sounds. (Who doesn’t from time to time?)

8. Squirrels have big tails for several reasons. Its primary function is balance by enabling them to dart around quickly without falling. However, should they step amiss, the tail is also used as a parachute when they fall and a cushion when they land.

In addition, tail gestures are a form of communication. (We do not know if the term “tattle tail” was invented by a squirrel.) When the tail quivers, it means, “Get the flick away from me.” And lastly, those fluffy tails serve as excellent blankets in the winter.

9. Though their brawn with hauling nuts might flirt with your affection, squirrels do not make good pets. In fact, in many states, it’s illegal to keep wild animals. (Please don’t remind me of the pet chimpanzee-who-tore-off-someone’s-face story in Connecticut a few years back. So while a squirrel wouldn’t quite do that, they are not a species you can fully trust. Plus, they can’t [I’ll repeat that, THEY CAN NOT] be litter box trained.)

10. It is a little-known fact that mother squirrels are occasionally cannibals. But only if she is stressed out or stuck in the attic with some of her pups, and there’s no food or water.

Let’s face it — there’s not a lot to forage for in January. So help celebrate National Squirrel Appreciation Day by putting some extra food outside by the bird feeder.

Toss them a handful of sunflower seeds. They also like dried corn.

If you’re feeling exceptionally generous, offer a few tulip bulbs. (Watch out for your fingers.)