In the Know With: Cate Blanchett (Blon-SHAY??)

Cate Blanchett, who wows the crowd with her title role in Woody Allen's Blue Jasmine, is in the States this week for awards season. 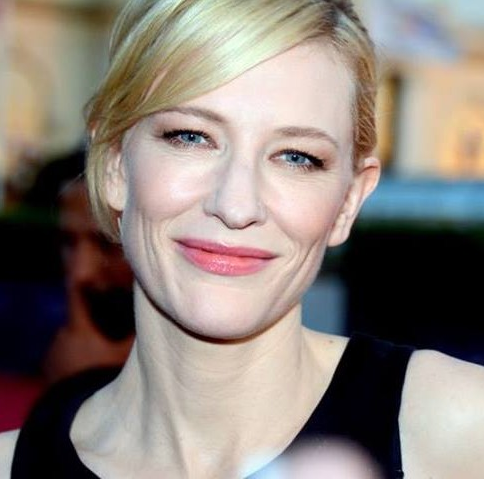 On her character in Blue Jasmine
"I think, I hope, what I brought out in Woody's screenplay is that she's utterly constructed. I mean, the references that are made to her teen years, you know — she's changed her name. She's estranged from her biological beginnings, you know — to avoid thinking of what? The chasm, I think, that has always existed, [which] she's filled with her husband, her social network, her clothes that she buys. And I think a lot of people said, 'Well, why should we feel anything for her?' But I tried to find a connection to that universal problem that so many of us feel — who am I, without all the trappings of our lives?"

Playing the character of "Blue (née "Jeanette," but "Blue" is so much more romantic in fragrance) Jasmine," Blanchett says, "This was a part to swing a cat in."

She does so with meowingly painful buoyancy, wit and grace.

On the FYI front: if you talk about Miss Blanchett before/during or after the Golden Globes this Sunday night (January 12 at 8 p.m. on NBC) ... her name is not pronounced "Blan-CHETT".

The pronunciation she prefers is "BLAN-chitt".

What's your bet that Cate Blanchett will take "Best Actress"?  Raise your hands high.
Posted by Bonni Brodnick at 8:45 PM