Booziness at the Golden Globes

But there was 100% proof that things got too loopy, and a bit sloppy, throughout the awards program.  Let's start with Jacqueline Bisset  ... not only did she look drunk, but it looks like she missed her hair appointment. (Click here if you missed her awkward acceptance speech for the TV miniseries called, appropriately enough, Dancing on the Edge.)

Later, Emma Thompson trotted onstage barefoot clutching a martini in one hand and her Christian Louboutin heels in the other. She proceeded to toss the shoes above her head, and then whooped into a slurry speech. 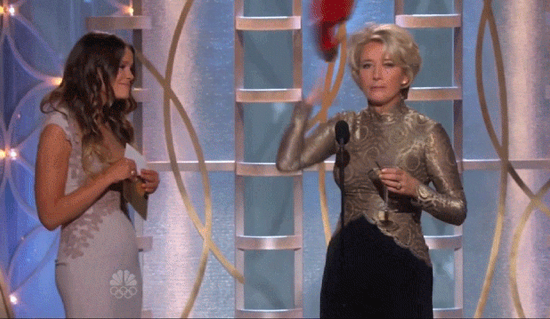 Followed by Tina Fey and Amy Poehler and their duo-Golden cocktail goblets and inebriated posturing. 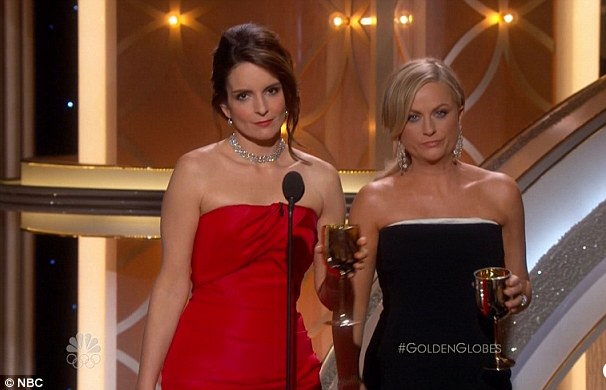 By the end of the show, this viewer had the whirlies.