A Flash Mob of Witches on the Hudson

In preparation for the spookiness of Halloween, the "Witches on the Hudson" activity might scare the bejeezus out of any one looking on from afar.
It took place in Sleepy Hollow, New York, which goes nuts for the holiday. Remember: it's the spot where Washington Irving wrote "The Headless Horseman," an essay in his book, "The Legend of Sleepy Hollow." Traditional folklore holds that the Horseman was a Hessian trooper who was killed during the Battle of White Plains on the 28th of October 1776.
The famous image is of The Headless Horseman, sometimes known as the Galloping Hessian, portrayed with a pumpkin while riding his black horse. He was decapitated by American cannon fire and the shattered remains of his head were left on the battlefield.
We, however, can't get rid of the image of The Headless Horseman riding away wildly, holding a jack-o-lantern as if to say, "Nah-Nah-Nah-Boo-Boo! You thought you got me with that cannonball, but I'll haunt you forever by getting back on my horse and riding without a head." 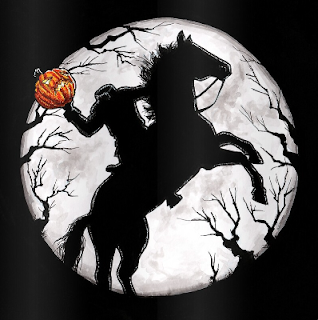 So there was nothing strange about watching a flash mob of witches hit the water on paddle boards, with the Tappan Zee Bridge looming in the distance. It was just one of the many seasonal activities taking place in this eerie, ghoul-infested place called Sleepy Hollow.
MMMMMMwhahahahhhahhahhhhhhh!!! 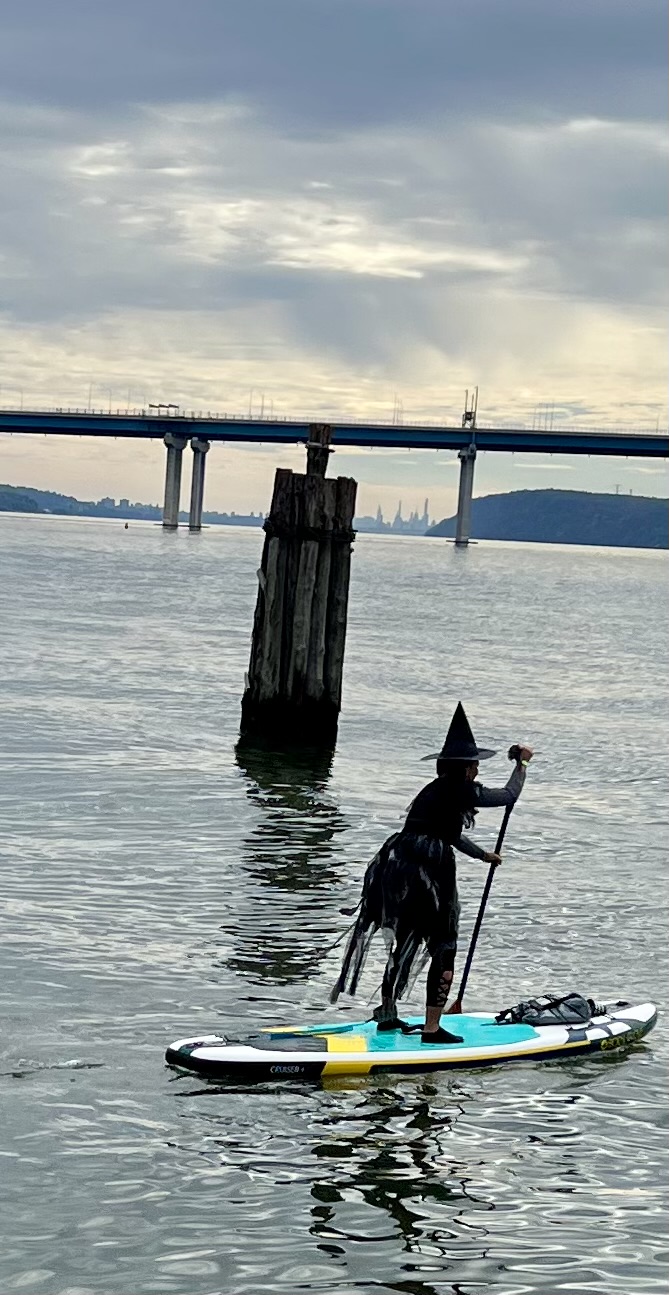 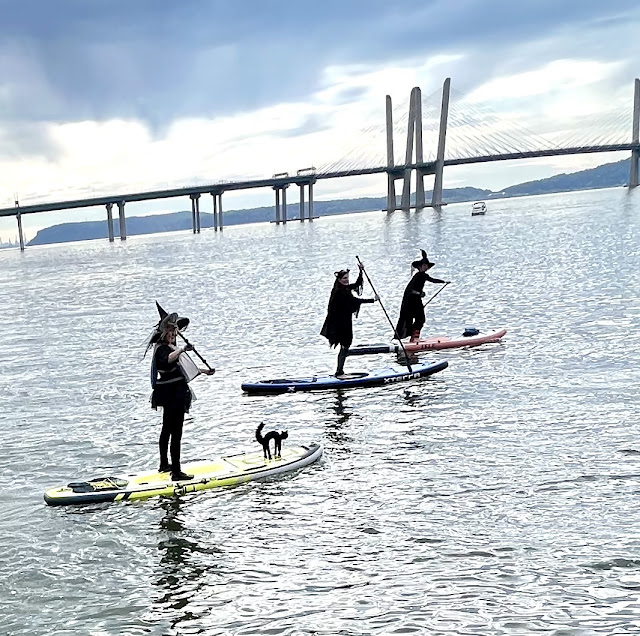 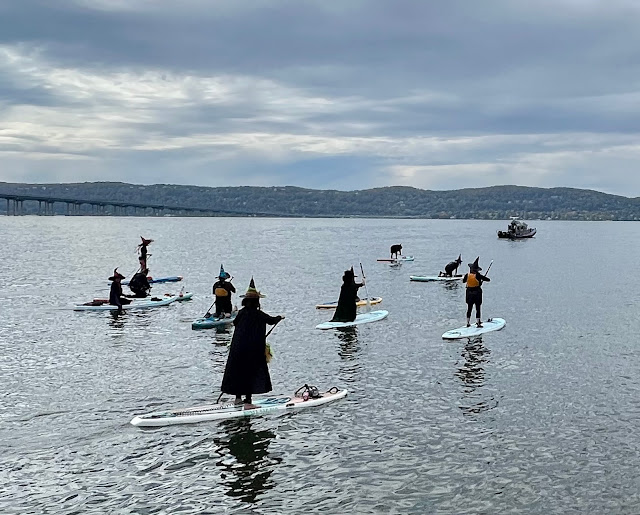 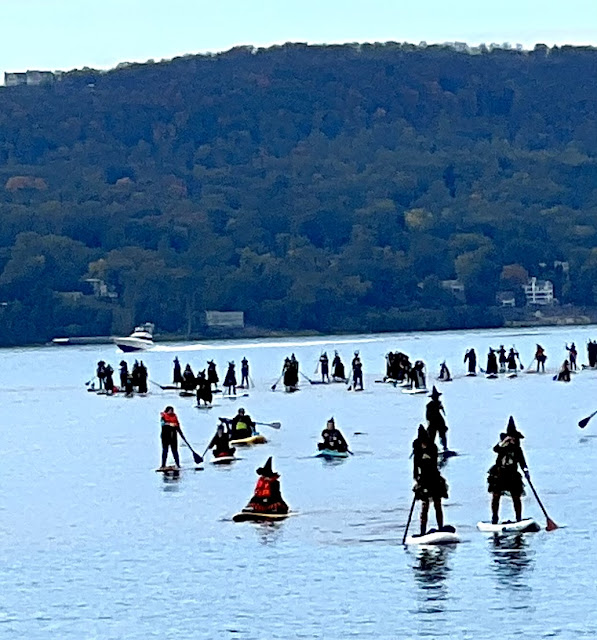 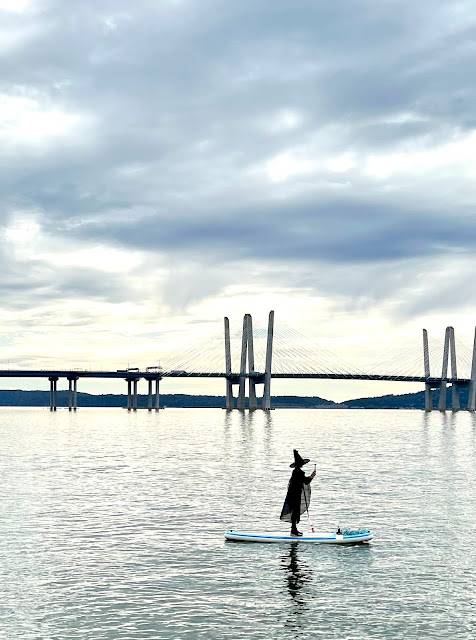 LOVE these photos... so spooky and delightful. Great story Bonnimo!

Thank you, Laurence. It was spooky, to say the least!