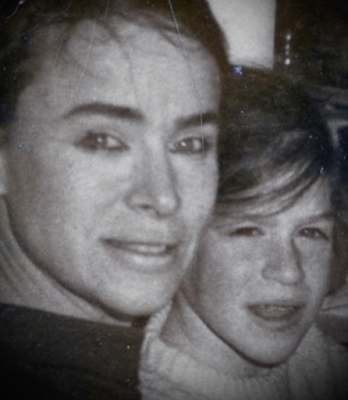 Whenever one of my mother’s sentences begins with “I swear,” I take cover and get ready for the diatribe. If I’m in the kitchen, I stop chopping. If I’m in the car, I turn the radio lower. It’s just too good to miss.

“I swear, kids these days purposefully dress with no respect. They show their underwear, for crying out loud. Boys’ pants are practically falling off. And what’s with those stringy things on girls’ hips? Do they have any idea how ridiculous that looks?”

“If you dress sloppy, you act sloppy. Years ago you would have been scorned by society and looked at askance if you showed your belly button or underwear. Clothes had some sense of propriety and rules of society. There were parameters of knowing what’s right and what’s wrong. I swear there’s just too much laissez-faire nowadays. Kids have opportunities to dress the way they like and express their individuality after school, on the weekends, and all summer long. Dressing properly and acting properly displays a respect for society in general.

“And what about manners? Doesn’t anyone teach their kids manners anymore? I was walking into the Staples the other day and this kid, he must have been in high school, actually walked in before me, and didn’t keep open the door. Can you believe that? In other countries, older people are revered. When I go to the shuttle bus to get on the ferry for the Vineyard, I’d be darned if a young man gets up for me to sit down. I would say 30% of the time they don’t. Someone hasn’t taught them anything. I swear, they sit there like they’re entitled to that seat.”

“Just plain rude. But then I was meeting a friend for tea in Westport and we had the nicest server. It restored all faith in mankind, I swear.”

“I’ve been meaning to ask you: what’s with visiting all of these colleges? Can't you just apply to three schools and get into all three? Why do you and Annie have to go all over the east coast looking at colleges? Can’t he just pick one and go there? I swear.”

“No, Mom. Times have really changed since I went to college.”

“What’s the name of that new chef on tee-vee?” (Moms are allowed not to have sequés.)

“Sounds delicious,” I said as I choked on a pistachio nut (trying to down some protein before going to the gym.)

“Honey, do you have an appointment with the allergist?”

“Be sure to stay on top of it. I swear. Before you know it, it will be summer and you’ll be coughing your head off.”

“By the way, did you see ‘Juno’? The movie industry is setting such terrible examples for children. In six months, I swear, you’ll find a lot of young girls who teetered on the edge. Hollywood is so focused on money that they encourage lack of morality. It’s just bad news. Not that they have to do panty-waist stories, but they can certainly use their imagination.
"They have the most fertile minds in the country out there in Los Angeles. Surely they can come out with something more than violence and sex on film. And is there a difference now between pornography and regular films? The actors are sleeping all over the place.”

“What did you think of the dress Hillary (Clinton) wore? I swear she looked like a harlot in that red get-up, didn’t she?”

“I thought it looked like she was stepping out. As in ‘I am woman, hear me roar.’”

“I think it was a little too stylish for a presidential candidate.”

“Well, have a nice evening, darling. I’ll speak with you tomorrow.”