In a letter from F. Scott Fitzgerald, quarantined in 1920 in the south of France during the Spanish influenza outbreak, he writes:


" . . . The streets are that empty. It seems as though the bulk of the city has retreated to their quarters, rightfully so. At this time, it seems very poignant to avoid all public spaces. Even the bars, as I told Hemingway, but to that he punched me in the stomach, to which I asked if he had washed his hands. He hadn’t. He is much the denier, that one. Why, he considers the virus to be just influenza. I’m curious of his sources.

"And yet, amongst the cracked cloudline of an evening’s cast, I focus on a single strain of light, calling me forth to believe in a better morrow."


* * * * *
I just got a news flash that Italy's coronavirus death toll reached 3,405, becoming the highest in the world, and surpassing China's reported title. 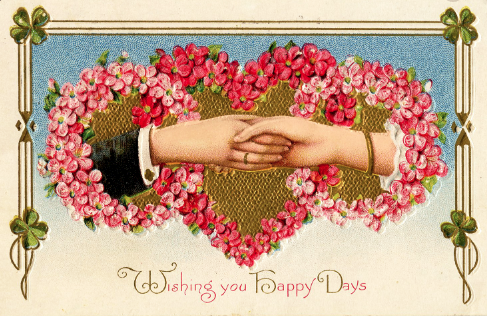 But there is a Facebook group of moms here in Tarrytown and Sleepy Hollow, New York (yes, a mere 16 miles from the country's epicenter in New Rochelle) doing small gestures to reach out to others. Someone in the group posted, "Tell me something good. Share something positive that you've seen/heard/done."

I read this at the end of the day and was instantly inspired when I read some of the responses. These ladies are resolute and resilient!

"I'm a florist who recently moved here from Brooklyn. Tomorrow, Friday, and Saturday, I'll be offering $10 floral bouquets for delivery. Bring a little cheer into your home. I had a wedding cancel, but it was too late to cancel the flowers. I'll post specific info about it to the group tomorrow."

"Welcome to the area, and thank you for bringing your brand of wonderfulness to us," was one of the responses.

Another post underlines the importance of staying connected: "A group of 60-somethings called the 80-somethings from our synagogue to let them know we're here if they need to talk, if they need a ride or groceries. EVERYONE -- all 110 of them -- felt better for the conversations."

Don't underestimate the power in reaching out to your neighbors. Show the rest of the country, and the world, how Ameri-CAN and Ameri-CARES.

Posted by Bonni Brodnick at 3:08 PM