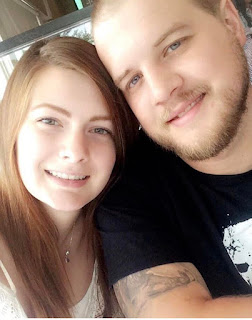 Janie Parks and Joe Manno
In my HuffPost, My Stroke: I'm Still Here, I write, "... She (my 86-year-old mother) leaned over and veered the car into the right shoulder, where it collided into the metal beam guard raid. I remember two college-age people in a white car run up to the side of the car. Imagine driving and seeing a car slowly crash. They must have known something must be very wrong. ... The next thing I remember is watching these two Good Samaritans run back to their car. They must have called 911. And then, I was out. Now, 7 months later, I wish I knew who they were. I would them profusely. They saved my life. ...

___________
My quest was to find them. Surely, the Darien EMS would have the information: it was their ambulance that brought me to the hospital. When I called they said they don't have reports from State highways. I was referred to Troop G, who patrols that leg of Interstate 95. They referred me to the Connecticut Department of Emergency Services, who required a letter requesting what I was seeking. I followed up and was told it usually takes 2 years (whahhhh???) to fulfill requests. "I remember your story. I'll send it right out."
I finally received the emergency report.  "Vehicle #1 was traveling southbound in the center lane of three of Interstate 95. Operator #1 suffered a stroke while driving, causing the vehicle to veer into the right shoulder, where it collided in to the metal beam guide rail.
"A witness (Witness #1) that was traveling south bound on Interstate 95, stated that he observed Vehicle #1 traveling sought in the center lane of three. He stated that the passenger traveling in Vehicle #1 was motioning out the window for vehicles to move over and as she was doing so, Vehicle #1 veered into the right shoulder, where it collided into the metal beam guide rail.
"Operator #1 was unable to provide a statement due to her medical condition. The mother of Operator #1 was traveling in Vehicle #1 stated that her daughter released the steering wheel and would not respond as they were traveling south on Interstate 95. She stated that she then took control of the steering wheel and maneuvered Vehicle #1 from the center lane into the right shoulder, where it then collided into the metal guide rail. ..."
And this is where my two saviors appeared. On the last page of the Connecticut Uniform Police Crash Report were their names, Joe Manno and Janie Parks.
I found them!!! I researched their phone number and left a message: "This is Bonni Brodnick. I was the person in the crashed car at the side of the highway on Easter morning. I wanted to let you know that I had a stroke and I'm alive. I also wanted you to know that you saved my life. I'm eternally grateful."
The next day, Joe and Janie called.
Posted by Bonni Brodnick at 1:01 PM