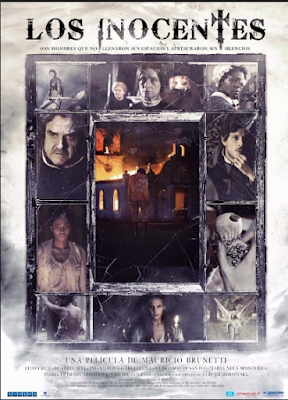 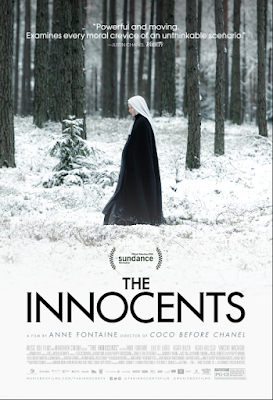 My close group of friends and I are tethered to one another's film and television recommendations.

One of the friends in this club of cinephiliacs recently recommended "The Innocents" as a must-see movie, that it was powerful and poignant, and that it was now available on Netflix. I searched the Netflix line-up and could only find "Los Inocentes," which takes place in 19th century Argentina when a man returns to his family's plantation after 15 years and relives a violent past, slave abuse, and evil spirits.The movie was better than meh, but I don't highly recommend it.

In a later comment the following day, my friend wrote something about the doctor being incredible. I quietly wondered, "What doctor?"

It was later clarified that my friend was recommending "The Innocents." (Not the other one.) And yes, I completely agree. The film is powerful and poignant. The cinematography and lighting are superb. The story is inspired by a real story about 1945 Poland when a young French Red Cross doctor who is sent to assist survivors of German concentration camps discovers Benedictine nuns in advanced states of pregnancy during a visit to a nearby convent in Warsaw, Poland.

Now I know what doctor my friend was talking about! (Because the one in "Los Inocentes" was a walk-on with no real character development. The one in "The Innocents" is a brave savior.)

When we got to the theater, the marquee read, "The Book of Mormon."

It turns out that my friend had made a typo in her subject line. She left out the "m" in "The Book of Mormon."

So we saw "The Book of Mormon" a second time. I highly recommend it.

Although I like watching romantic movies, this weekend I was thinking to have some change and watch a movie of some different genre and I have been looking for some good movies to watch, gonna watch these two and I hope they are worth watching.