A  story in The New York Times talks about chicks gone wild in Kaui. I noticed the same thing when I was there a few months ago. Feral chickens are everywhere. The beach, parking lots, in the woods ...

"They seem to be living a whole diversity of lifestyles, from eating garbage and cat food to being fed by tourists at the beach to foraging on native arthropods,' said Eben J. Gering, an evolutionary biologist at Michigan State University who has been studying these truly free-range birds. 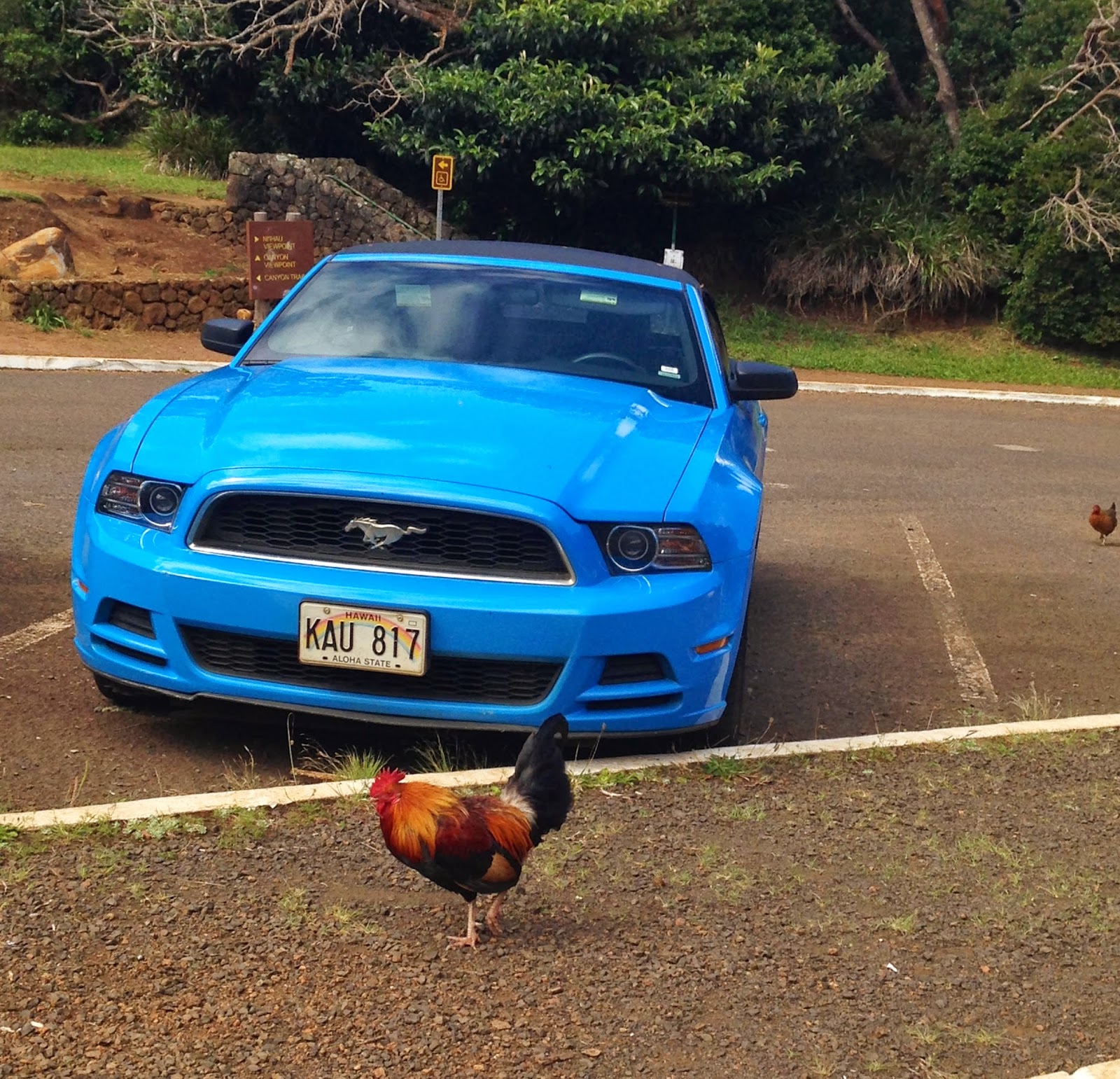 In the parking lot
Local lore is that many of the chickens are descendants of birds that escaped when Hurricane Iwa (in 1982) and then Hurricane Iniki (in 1992) ripped across the island and blew chicken coops all over Kaui. 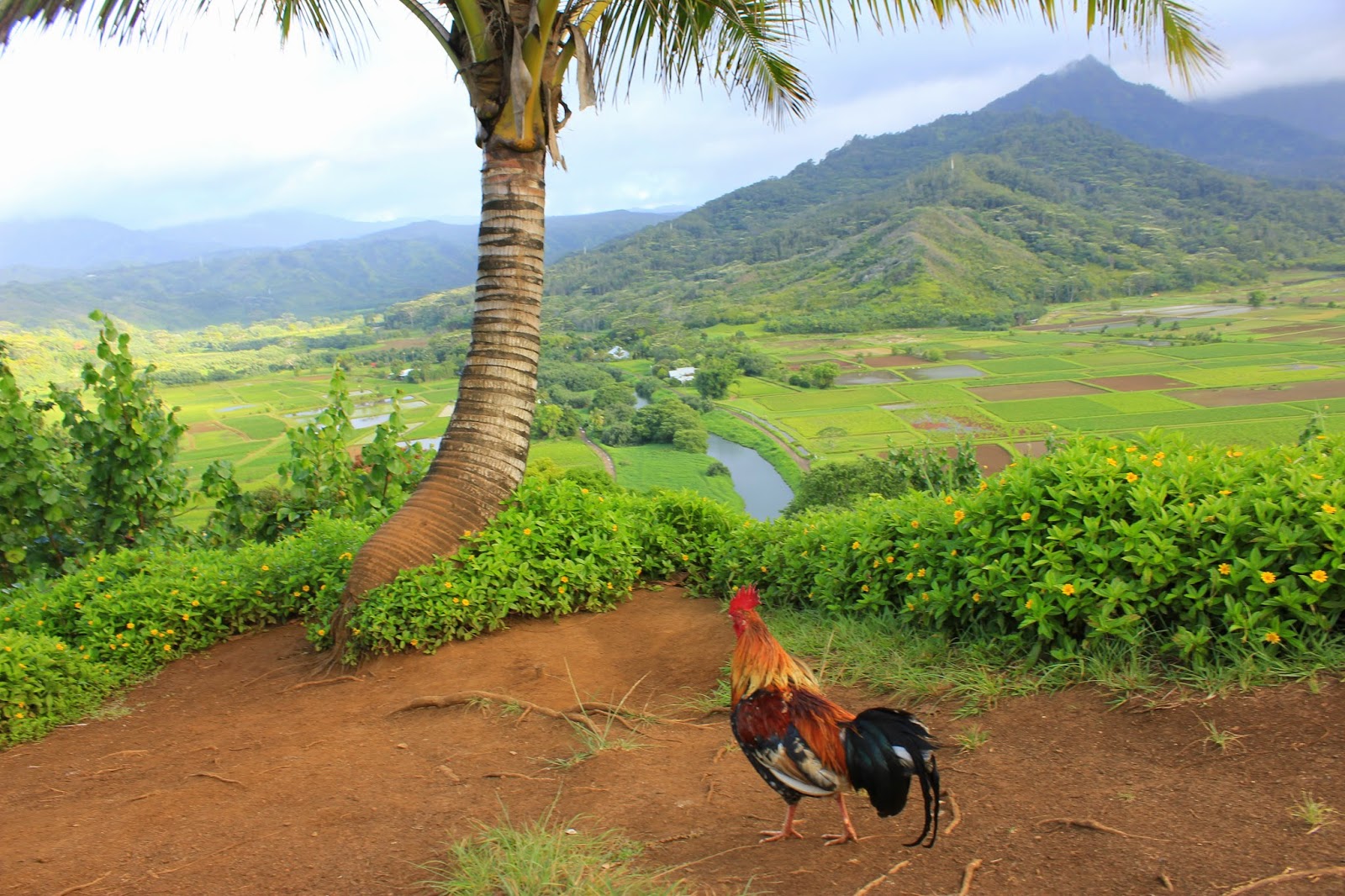 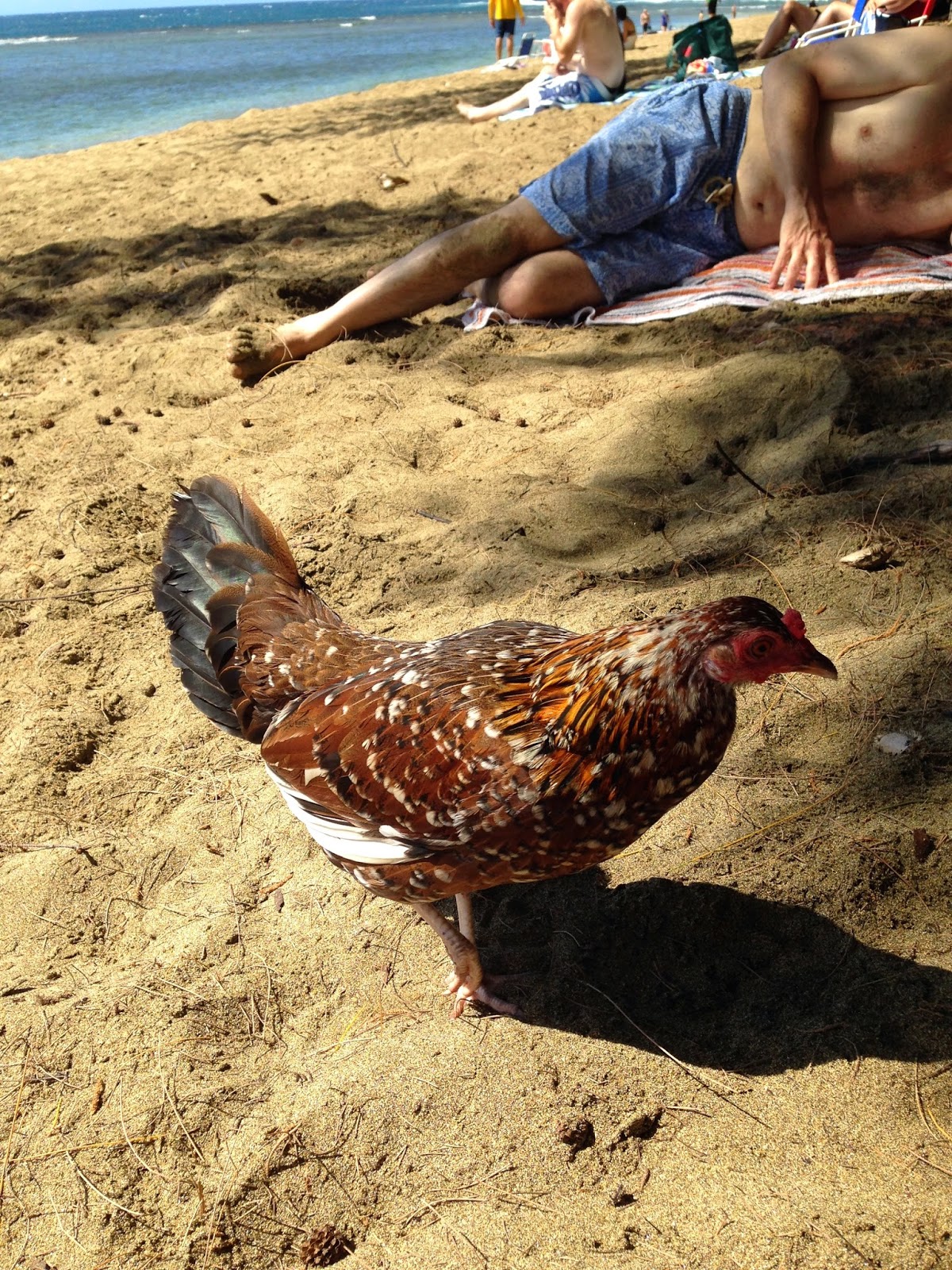 At the beach on the Nā Pali coast 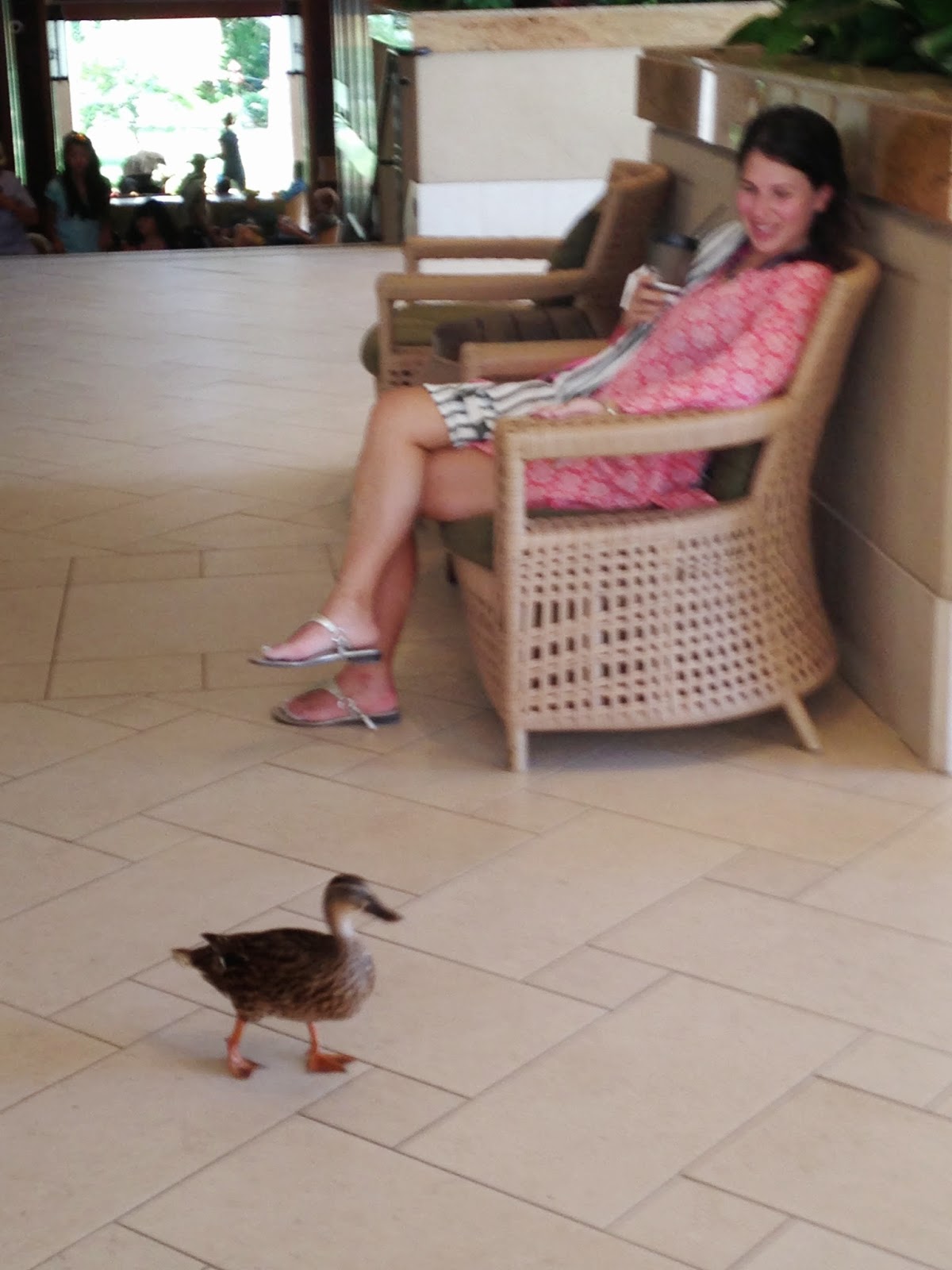 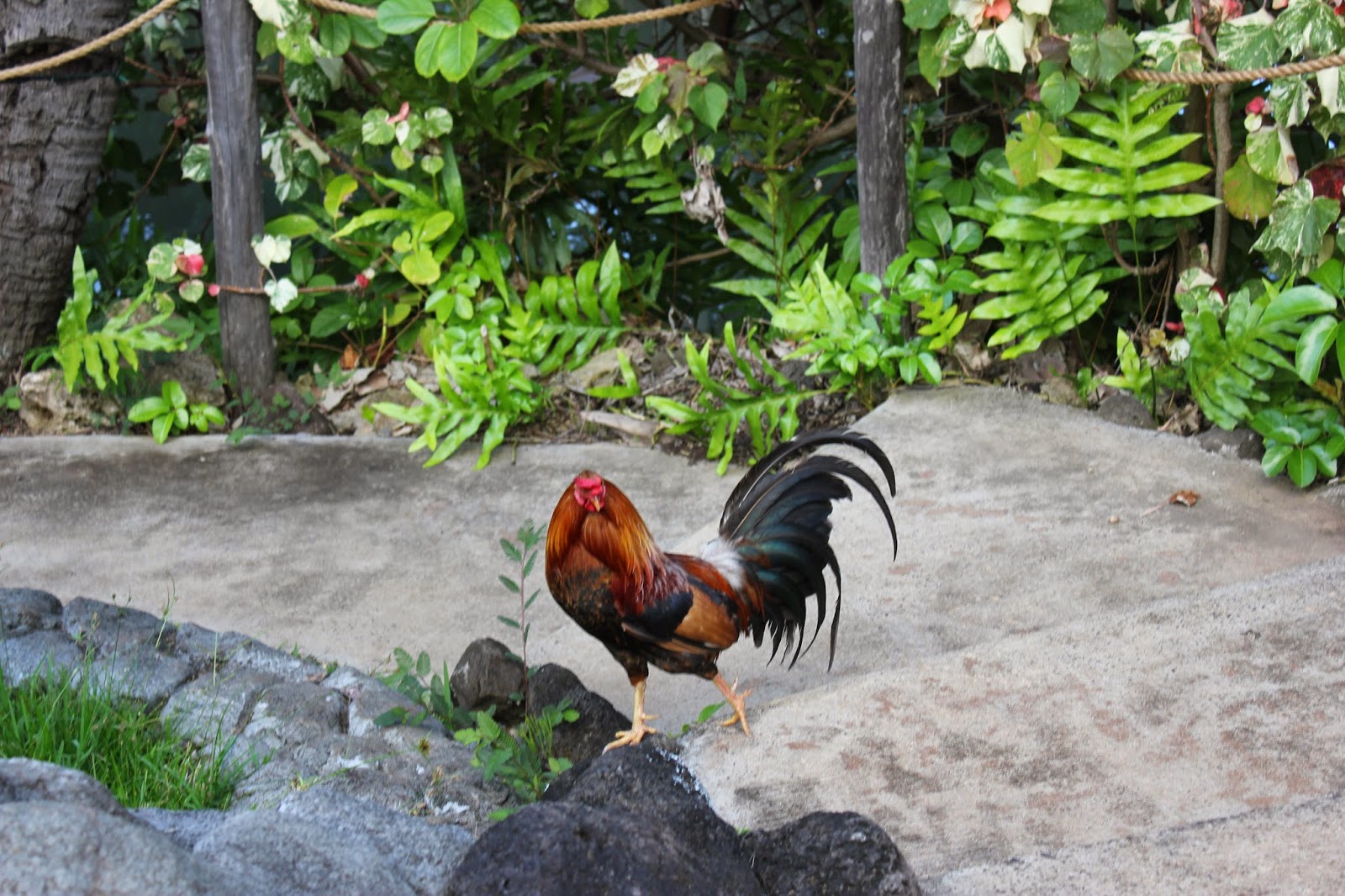 On a path near the Kalalau trail
In one far-flung comment on TripAdvisor, a traveler notes: "There are many legends regarding the origin of the checken eggs. Some involve extraterrestrials."

Much to the amusement of tourists, and to the dismay of people who like to sleep late, Kaui is like Las Vegas for the roosters. They crow 'round the clock as if there is no day or night.